HomeAbout company
Who we are

Ladies and Gentlemen, my name is Rafał Domżalski and I am the President of the Management Board and CEO of Expom S.A. It is a great pleasure to present to you the specifics of our company’s activity.

Expom is a company with almost 70 years of experience, for which several hundred people work, including about 20 engineers. The company has its own technological and construction office, which handles half a thousand projects a year, as well as nine production halls with a total area of 20,000 m² with a machine park. The company specializes in welding steel structures, machining, anti-corrosion and assembly of hydraulic, electric and pneumatic components.

Together with highly qualified technical, engineering and management personnel, I encourage you to familiarize with the offer of Expom S.A. in detail.

President of the Management Board / CEO

We look as high as possible

In order to meet the strict requirements of customers, the welded structures produced at Expom S.A. are subjected to detailed tests at every stage of the production process. Tests are performed by highly qualified, certified personnel, in accordance with international standards such as ISO, ASME or AWS. The structures we manufacture are subject to the supervision of international classification societies such as: DNV-GL, BV, ABS, LLOYDS, PRS or UDT.

The entire production process is supervised by the personnel dealing with the Integrated Management System.

WHY IS IT WORTH WORKING IN EXPOM S.A.

Confidence of tomorrow
no fear for the future.

Confidence of tomorrow and no fear of the future. Our employees can count on a rich social package that includes various types of support. For this reason, the following employee programs operate in the Company:

An initiative under which employees can submit their proposals for changes and improvements in the company by uploading a short form to the Ideas Box. The best concepts are introduced and rewarded with cash prizes.

A project thanks to which Expom employees can apply for funding for their sports passions. It does not matter if you play tennis, handball or train karate - if you need financial support for sports equipment or participation in competitions, being an Expom employee you will definitely receive it.

The idea of the recruitment program is to find potential candidates for work among friends, family of people currently employed, it is an additional opportunity to get involved in the life of our company. Each Expom employee has the opportunity to obtain a bonus for the positive recruitment of a recommended candidate for current vacancies in the company.

Support in the form of vouchers worth PLN 500 for the purchase of a layette in a selected children's store for new parents (it is enough to report the birth of a child to the human resources department).

a program under which each employee of Expom and one member of his family receives a discount card, entitling to discounts in shops and service points owned by local entrepreneurs, in the so-called Partner Points. As part of this program, the Days of the Kurzętnik Commune and Expom S.A. are also held, i.e. an annual outdoor event integrating Expom employees, their families and residents of the Kurzętnik commune

Please do not hesitate to contact us.
We will prepare an attractive price offer quickly and efficiently.

We build the future with our roots in mind. 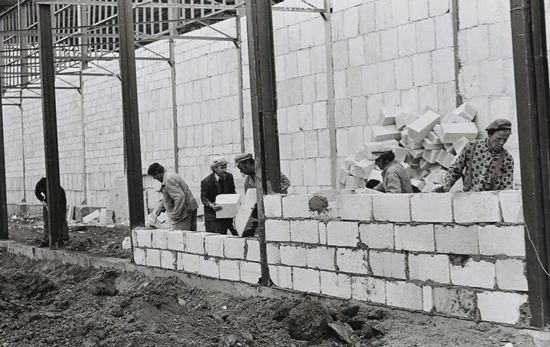 The beginning of the road

Establishment of the Commune Machine Center (service of agricultural machines and devices). 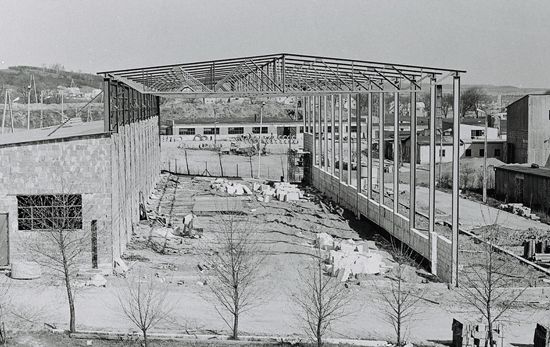 Transformation of the entity into the State Machine Center. 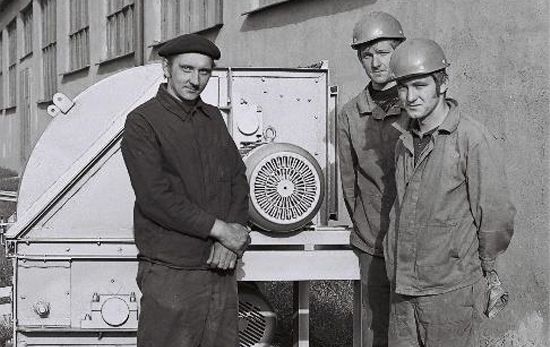 Functioning as the Enterprise of General Supplies and Completion of Agricultural Equipment of the “Olpasz” Feed Production Plant. 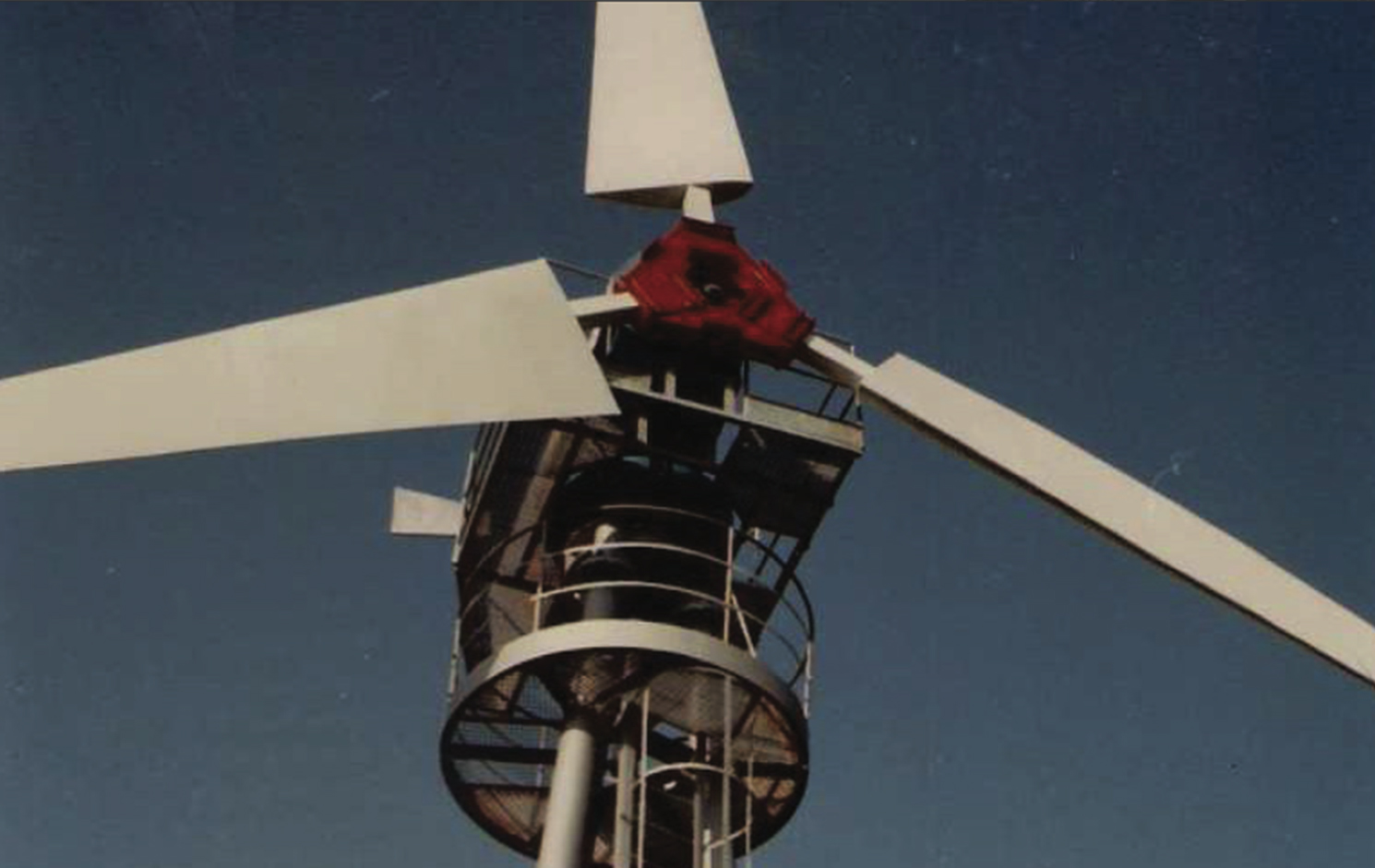 Construction of the first prototype of the WE-8 wind farm. 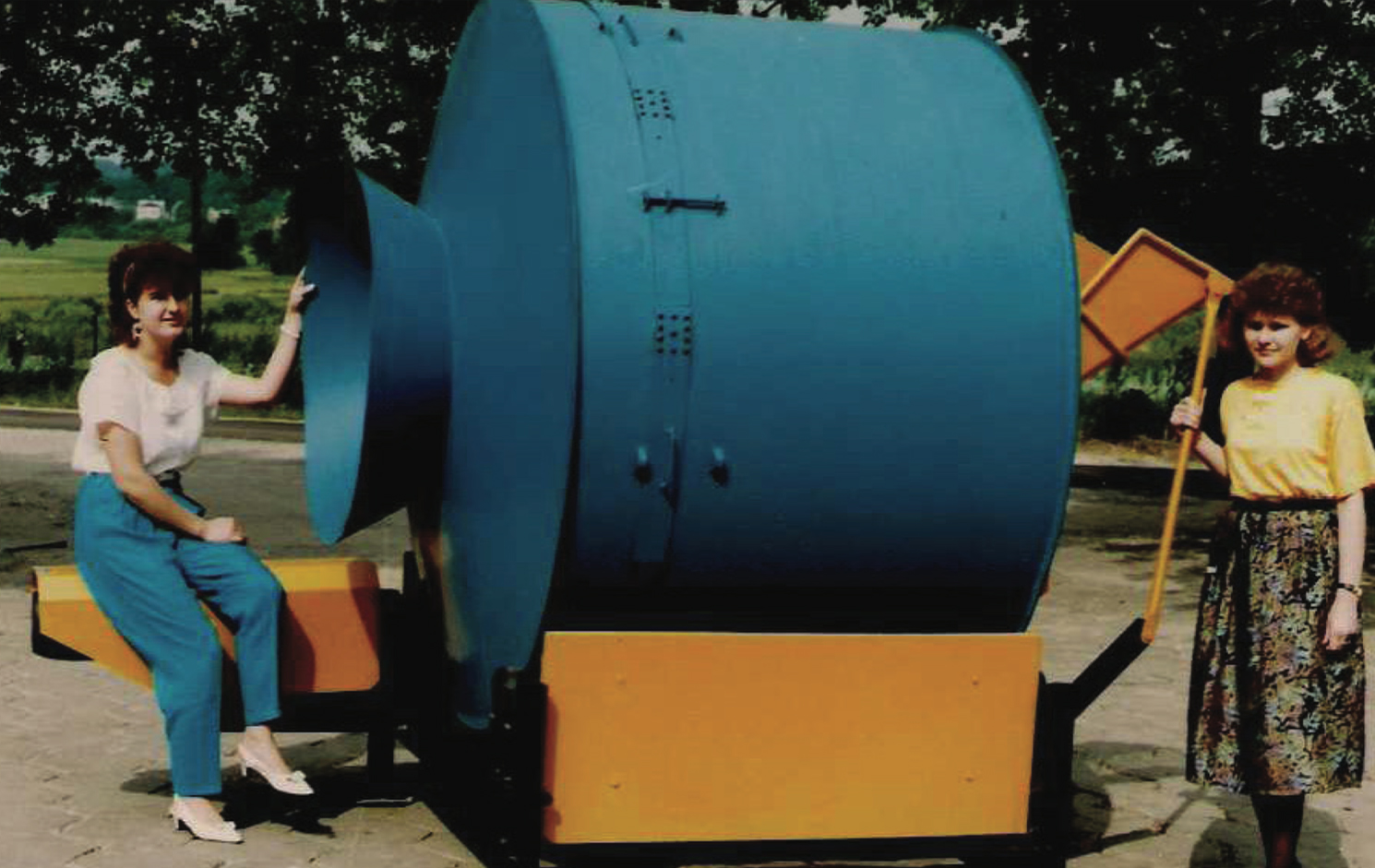 Construction of several thousand tons of steel structures for the nuclear power plant in Żarnowiec. 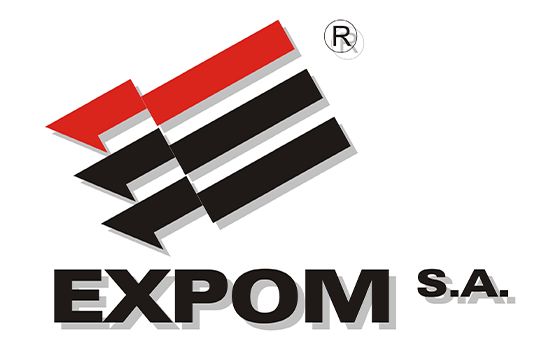 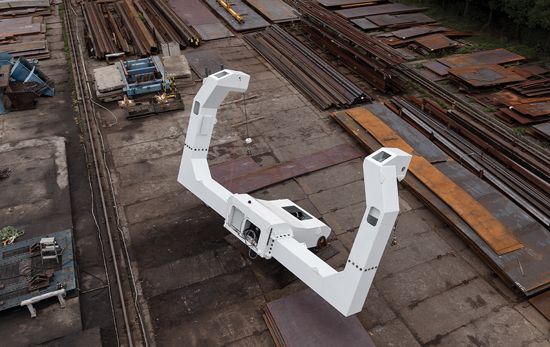 and APROM Sp. z o.o. Launching the production of davits. 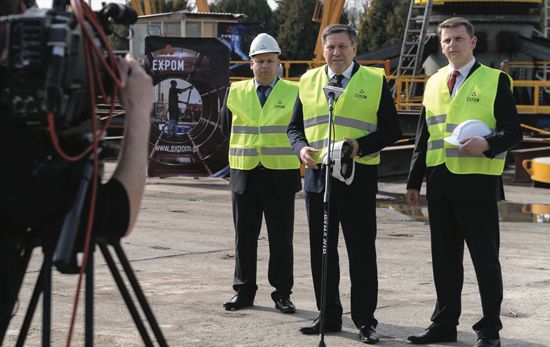 Expansion of the machine park, implementation of the Occupational Health and Safety Management System. 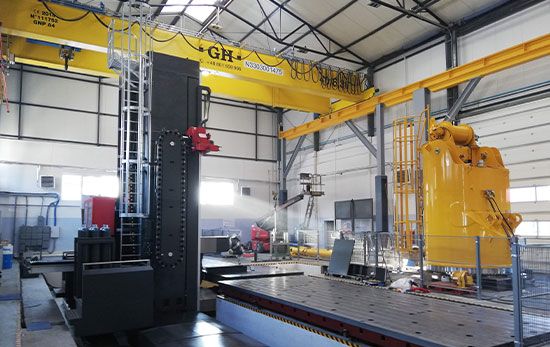 Implementation of the largest investment in the company's history

Purchase of the largest CNC machine tool in northern Poland. Establishment of the Industrial Laboratory. Construction of a record-breaking crane. 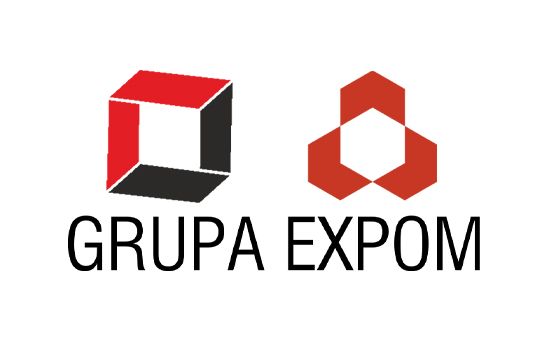 Establishment of the Expom Group

The merger of Konter Sp. z o.o. with Expom S.A.

Management and Supervisory Board

The authorities of Expom S.A. 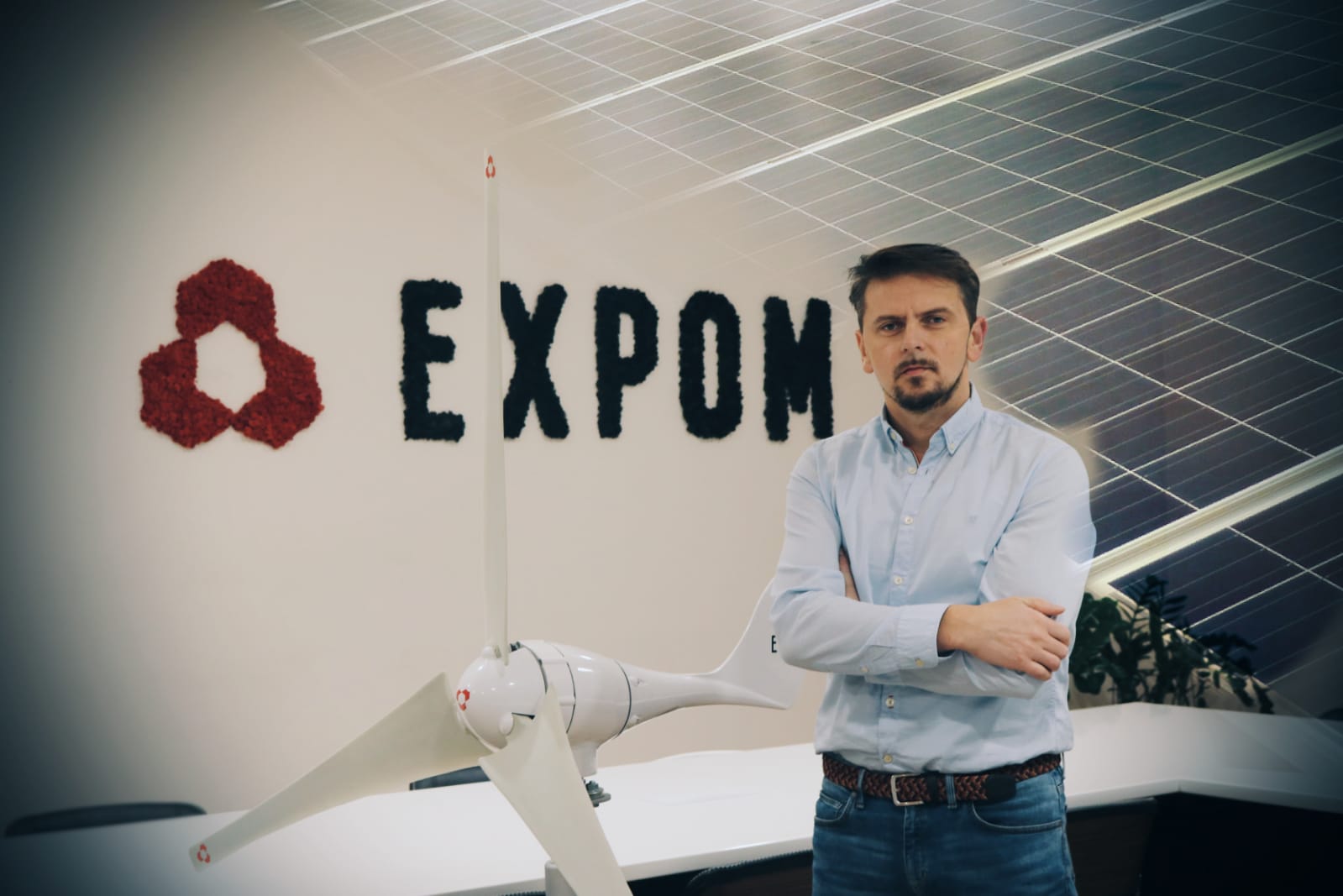 PRESIDENT OF THE MANAGEMENT BOARD / CEO

Rafał Domżalski is President of the Management Board and CEO of Expom S.A. since 2014. He has been associated with the company since 2004, where he played a key role in the global expansion of the company after restructuring. From February 2019, he is also the President of the Management Board of Konter  Sp. z o.o, which is part of the Expom Group. In the last 6 years, since he took the position of the President, he has increased the company’s turnover by 70%. A Master of Science in industrial electromechanics by education, he perfectly knows and understands the company’s needs and consistently implements the mission of developing the core business of Expom S.A., additionally, since 2019, he has been investing in the expansion of commercial activities related to renewable energy sources. Rafał Domżalski is a graduate of the English-language Executive MBA studies at the University of Warsaw, accredited by the Association of MBAs (AMBA). He gained managerial competences in the United States, Singapore and during numerous trainings for management, incl. Personal Leadership Academy TM at the ICAN Institute. In 2017, Expom S.A. began the implementation of the largest investments in the company’s history. Thanks to his courageous actions, the company increased its production space from five to nine halls, thus gaining 11,000 m2 of production area. In 2018, he initiated the purchase of the largest machining center in northern Poland, thus opening new opportunities for the company. An active member of the Polish Chamber of Civil Engineers, he received the Bronze Cross of Merit from the President of the Republic of Poland for his contribution to promoting entrepreneurship. Rafał Domżalski is consistently building the image of the company both in Poland and abroad, including by charity and sponsorship. For many years he has been involved in the subject of renewable energy sources, of which he is a precursor. Under his supervision, the company developed its operations within the Expom Group by launching Expom Eco-Energy. In addition to the implementation of the company’s development assumptions, it also conducts a policy of social involvement, which perfectly fits the company’s motto “we act globally, we think locally”.

This website uses cookies to improve your experience while you navigate through the website. Out of these, the cookies that are categorized as necessary are stored on your browser as they are essential for the working of basic functionalities of the website. We also use third-party cookies that help us analyze and understand how you use this website. These cookies will be stored in your browser only with your consent. You also have the option to opt-out of these cookies. But opting out of some of these cookies may affect your browsing experience.
Necessary Always Enabled

Any cookies that may not be particularly necessary for the website to function and is used specifically to collect user personal data via analytics, ads, other embedded contents are termed as non-necessary cookies. It is mandatory to procure user consent prior to running these cookies on your website.